What is your relationship to the cancer patient?

Which cancer type/s were diagnosed?

(Mark all that apply)
Previous Next

Your free case evaluation has been initiated. A representative will reach out to with more details shortly.

We are deeply sorry to hear about this cancer diagnosis.
Rest assured we will do everything we can to help you.
More on Asbestos-Related Cancer

Do you have one of these cancers?

You may be entitled to compensation.
Find Out

We have collectively recovered MILLIONS of dollars in compensation for thousands of cancer clients.

Could Asbestos be the Cause of Your Cancer?

When tiny asbestos fibers get trapped inside of your throat, lungs, stomach or other organs they can cause damage to your body, including several forms of cancer. Your cancer may have been caused by asbestos exposure even if it has been 10, 20, or even 50 years since you were exposed to asbestos.

If you or a loved one has developed one of the cancers listed below and were born before 1959, you may be entitled to compensation. Contact Norris Injury Lawyers today for a free case evaluation.

Asbestos fibers can become trapped in the lining of the esophagus, potentially causing esophageal cancer.

Stomach cancer is the second most fatal cancer. Asbestos-related gastrointestinal cancer kills around 1,200 people per year.

This cancer is the second leading cause of cancer-related deaths in men.

Mesothelioma is a rare, incurable form of cancer that causes damage to the linings of the heart, lungs, or stomach. It has a long latency period meaning it may take decades after asbestos exposure before it develops.

100% of mesothelioma cases are presumed to be associated with asbestos exposure.

The average mesothelioma case is awarded more than $1 million in  compensation.

Unsure if your cancer was caused by asbestos? Contact us today for a free consultation.
Call us anytime, 24/7
(800) 477-7510
OR
Start a free case evaluation.
Start Online
Construction Workers
Were you a construction worker?

Construction Workers may come into frequent contact with asbestos. Many workers in this area develop an asbestos-related illness 10 to 50 years after exposure.

If you or a loved one were born before 1959 and have developed an asbestos-related cancer, you may be entitled to compensation. Contact Norris Injury Lawyers today at (800)477-7510 for a free case evaluation or fill out the form.

You are at a higher risk of developing an asbestos-related cancer if:

Who is at Risk?

The longer and more frequent the exposure to asbestos, the greater chance a person has of developing an asbestos-related cancer. This does not mean that there is a “safe” level of asbestos exposure. As asbestos is a known carcinogen, no matter how small the amount, there is no safe level of exposure to the substance. The Occupational Safety and Health Administration (OSHA) estimates that even with the 1% limit for products containing asbestos, 1 out of 300 workers will develop lung cancer from exposure to asbestos.

Asbestos was widely used in the United States with very little regulation in the 1900s. It wasn’t until the late 1970s and early 1980s that strict regulations began to be instated on the use and handling of asbestos.

During the 1950’s, 1960’s, and 1970’s, exposure often occurred on the jobsite while working with and around insulation and other materials that contained asbestos. Foundry workers, shipyard workers, boiler operators, chemical workers, insulators, millwrights, pipefitters, electricians, machinists, textile workers, factory workers, and construction workers (drywall, plumbers, roofers, welders) are among those who were regularly exposed.

Claims against asbestos bankruptcy trusts usually require that your exposure occurred for at least five years before the end of 1982. While the trusts have the power to extend that timeframe in the future, at present we can help those who were exposed for at least five years before 1982. Exposure can begin as early as age 16. For these reasons, we are able to help those who were born before 1959.

People who have come into regular contact with asbestos at work are at the highest risk of developing an asbestos related cancer. Common careers that place a person at risk of asbestos exposure include:

Asbestos was heavily used on many job sites because of its heat resistant and chemical resistant properties. It was often used in factories, equipment, and machines before 1980. Many companies have acknowledged asbestos containing products were used at their facilities.

*Workers at virtually every manufacturing facility were exposed to asbestos.

If you are unsure if you were exposed to asbestos, talk with us. Norris Injury Lawyers will examine your work history to confirm asbestos exposure.

A study published in the American Journal of Respiratory and Critical Care Medicine examined the developing lung cancer after asbestos exposure, comparing the likelihood of cancer in both smokers and nonsmokers. The study found that occupational exposure to asbestos caused a fivefold increase in lung cancer. Compared to non-smokers, smokers who were exposed to asbestos were 28 times more likely to die from lung cancer.

Being a smoker in the past or present does not exclude you from filing asbestos claims. We have helped many smokers receive asbestos claims payments.

During the 1900s, the industrial working class worked daily with or around asbestos-containing products. During installation, repair, and removal of these products, microscopic fibers became airborne and could stick to their skin, hair, and clothing.

These workers would then unknowingly bring these fibers home to their families. Significant secondary exposure may have occurred when:

Unsure if You Have Been Exposed to Asbestos?

In the late 1900s thousands of products were manufactured in the US with high amounts of asbestos. Laws later implemented put a limit on how much asbestos a product can contain; however, asbestos is still being used in products today.

If you are unsure you were exposed, talk with us. Norris Injury Lawyers will examine your work history to confirm asbestos exposure. Leave the detective work to us. Your main focus should be on recovering to the fullest extent possible, or at least remaining comfortable if your diagnosis is terminal.

What We do for You

When you choose Norris Injury Lawyers to help you with your asbestos-associated cancer claims, we:
Investigate the cause of your illness

We create a timeline of work history to pinpoint when exposure occurred.

And there is no risk to you in the process. You are never responsible for any fees or expenses unless we are able to collect money for you. If we don’t get you money, we “eat the expenses.”

We secure medical documents to confirm your cancer diagnosis and link your diagnosis to your asbestos exposure.

After talking with you or a coworker, we prepare work exposure affidavits.

Keep our clients’ time in mind

We talk by phone to gather information from you and then get to work handling all aspects of the your claim.

We create a timeline of work history to pinpoint when exposure occurred.

Opening an asbestos-related cancer case may seem intimidating. That is why we are here to help.

With more than forty-five years of legal experience and thousands of successfully resolved asbestos cases, we know what to do. With Norris Injury Lawyers by your side, you can rest easy knowing that your case is being handled by a team of professionals with years of experience handling asbestos claims. We’ll do the grunt work for your case and determine what type of compensation you may be entitled to.

If you have been diagnosed with mesothelioma, lung, colon/rectal, stomach, esophageal, laryngeal, or pharyngeal cancer, please call us. We will discuss your work history and help determine if asbestos exposure may have caused your cancer.

If you have received a cancer diagnosis for an asbestos-related cancer, give us a call. Under our No Fee Guarantee there is no cost for your initial call and consultation. In fact, you don’t owe us a dime unless we get you money.

If your case meets the initial criteria for an asbestos-cancer case, we will proceed to investigate your work history for any possible exposure to asbestos. We will look into details such as jobsites, the positions you worked in, and timeframes prone to asbestos exposure.

We will work to gather the necessary medical documentation to substantiate your claim. After securing a pathology report and chest x-ray from your medical providers, we then have expert doctors evaluate the records to confirm asbestos exposure.

Once a valid asbestos-related cancer case has been prepared, we file and pursue claims with asbestos bankruptcy trusts to get you your compensation. This process does not involve going to court. 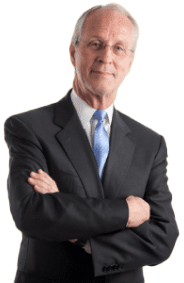 Ask us to investigate your work history…

The History of Asbestos

Up until the late 1900s, there was no regulation on how much asbestos a product could contain. Typically, asbestos made up as much as 25% of piping or insulation. However, some products, such as asbestos paper that was wrapped around pipes, could be made entirely of the material.

While asbestos was commonly used because of its outstanding heat resistance, it was discovered to cause cancer. In 1989, the Environmental Protection Agency issued a ban on most of the products that use asbestos in products that hadn’t contained the substance before.

The use of asbestos is still legal today, although on a much lesser scale. Today, asbestos containing products can only contain asbestos if the material makes up less than 1% of the product. At Norris Injury Lawyers, our approach is to maximize for our clients the recovery they receive from asbestos bankruptcy trusts. We understand that while our clients may be suffering from the same diseases, each and every client has a different story to tell.

The process of evaluating and verifying exposure; documenting diagnosis; and preparing, filing, and successfully receiving client compensation is an complicated and detail-oriented process.

We know the questions to ask and the procedures to follow to get you all the money you deserve. We have collected many millions of dollars from the asbestos trusts and send hundreds of checks monthly to our clients for their asbestos-related cancers.

Providing the Compassionate Representation You Deserve

Norris Injury Lawyers is proud to provide exceptional and compassionate representation for our clients. We realize you are more than just a case – you’re a person.

We understand that your normal way of life has been impacted by your cancer diagnosis. Many asbestos era workers unknowingly sacrificed their health while working to provide for their families. Asbestos bankruptcy trusts were set up to make sure that exposed workers have the opportunity to get a portion of what they deserve. We will work hard to get that for you.

We’re Here When You Need Us

No matter the time of day, Norris Injury Lawyers has legal staff on call to discuss your questions and give you an idea of what to expect in an asbestos-related cancer claim.

And it doesn’t matter where you live in the United States – we welcome a call from anyone who is suffering from cancer caused by asbestos. When you make that call – day or night – we will set up a consultation as quickly as possible.

Your Call and Consultation is Free

We offer two guarantees when it comes to our fees:

Get a Norris on
your team…

Do you have a case?